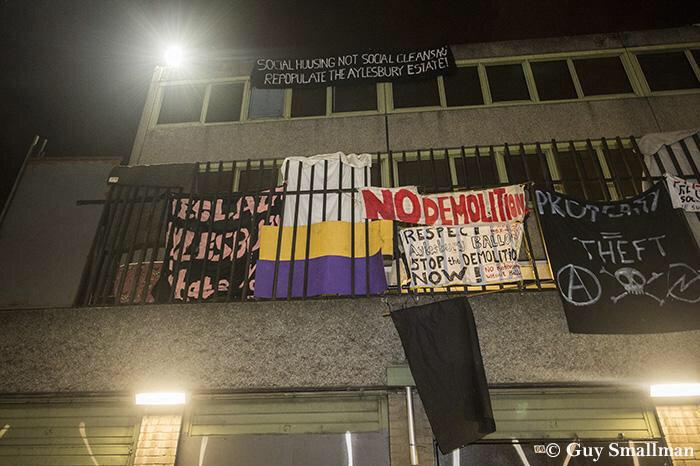 Last night, around 7PM, 100 or so TSG riot police attacked our occupation in force. They used angle grinders to cut through metal barriers, and stormed into the homes we had been occupying, cleaning, decorating and bringing back to life on 77-105 Chartridge House.

As they stormed in, a few people stayed to symbolically hold the barricade, while most of the occupiers just climbed into the building next door, 69-76 Chartridge. This is the building that the council had attacked back on Thursday 5 February. For once Southwark Council have done something half useful, as after they smashed up the flats there they built a high metal fence around the building which now serves as a pretty tough barricade!

Earlier in the day, we had lost an appeal to have the interim possession order (IPO) of 77-105 Chartridge thrown out. But the court did reject the council’s bid to get an order covering ALL buildings on the estate. So, legally speaking, the council and cops have no power to evict us from the new building, until they go to court again.

Of course, they still have the power of superior violence. After the authorities realised that our old block was empty and we had moved on, there was a tense stand-off lasting several hours. There were also several scuffles when groups of TSG thugs attacked in snatch squads, grabbing individuals they had decided to target for whatever reason. They came in relatively, throwing their truncheons, kicks and punches around. Unfortunately we didn’t have the strength to stop them grabbing six people, who were arrested and taken to Walworth police station.

But we did have enough strength, in our numbers and solidarity and will to resist, to make them back down from attacking the newly occupied building. There was a moment when it looked certain they were about to try and cut their way in, court order or no. The excuse they were claiming was to “investigate criminal damage”. In a building they had helped smash up with hammers and power tools two weeks before.

But more and more supporters kept coming down to join us, and we were very clear we weren’t going to take an attack on the new building lying down. It must have dawned on the riot squad thugs that they didn’t have an easy job ahead of them.

At one point an inspector declared an “anti social behaviour” order to disperse the crowd outside the occupation. But it just regrouped a little farther away on the other side of Westmoreland road, still ready to come and back up the occupation within seconds.

Eventually, the top brass realised that it wasn’t happening, and perhaps they didn’t care that much anyway, the Southwark Council suits who were egging them on having gone home some time ago. Sometime after midnight, the bulk of the TSG left, with just one vanload keeping an eye on the building.

As of 12 noon today, the occupation is going strong. It’s a beautiful sunny day on the Aylesbury, and spirits are high after this little victory. As in the old building, our aim is to repair the damage done to these flats by the council, and bring them back to life as a hub of resistance for the estate.

Of course it is possible police will try again any time. If you can, keep following events, and come on down to join us in the event of a new attack. Or just to hang out, work on the estate, hold events, discussions, and so on as before, and plot new actions to escalate the fight for our city. 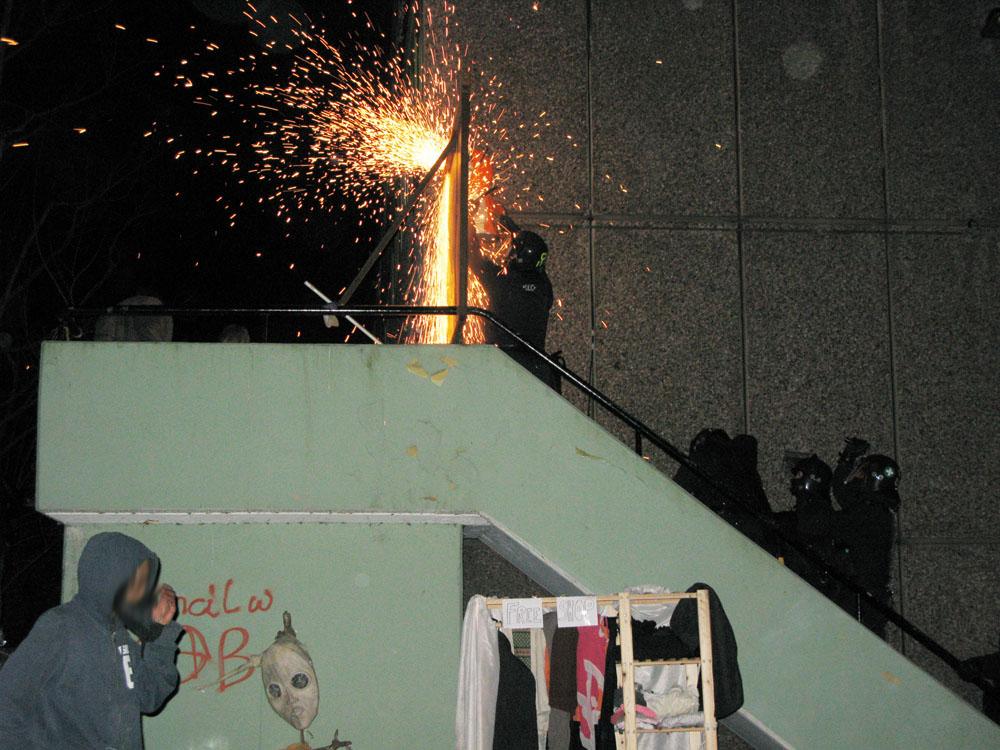 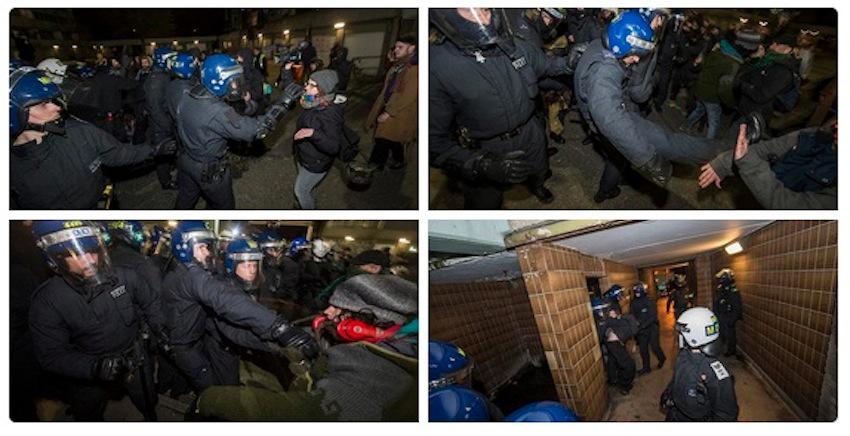 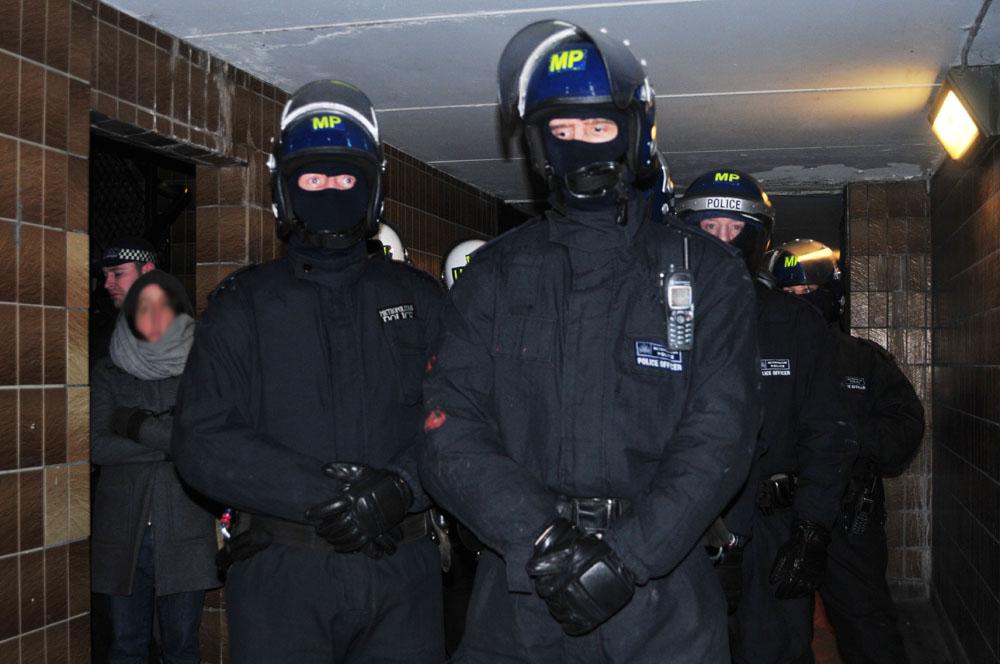 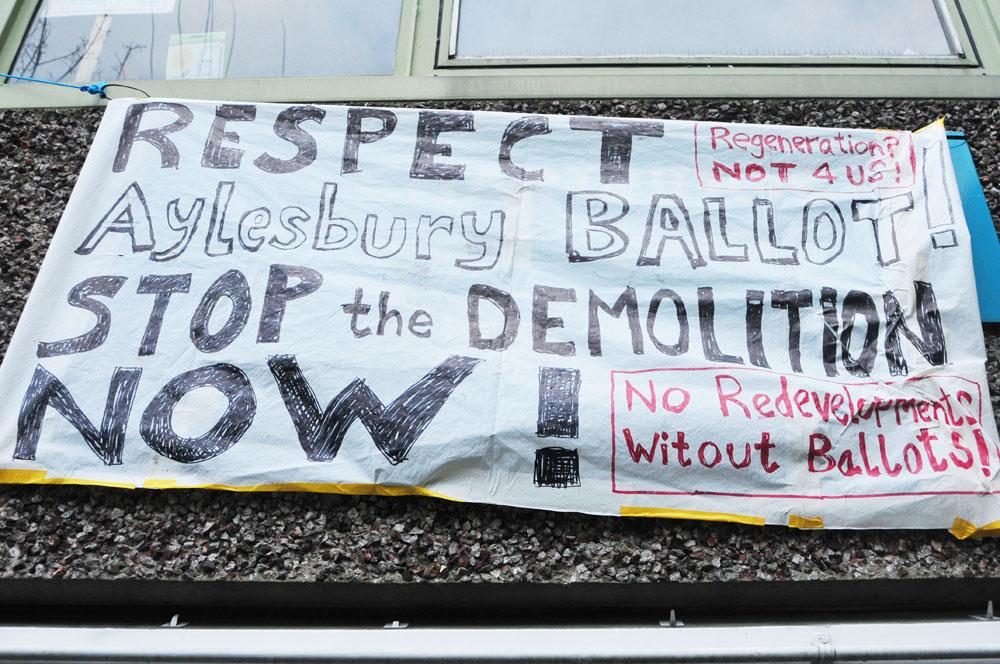 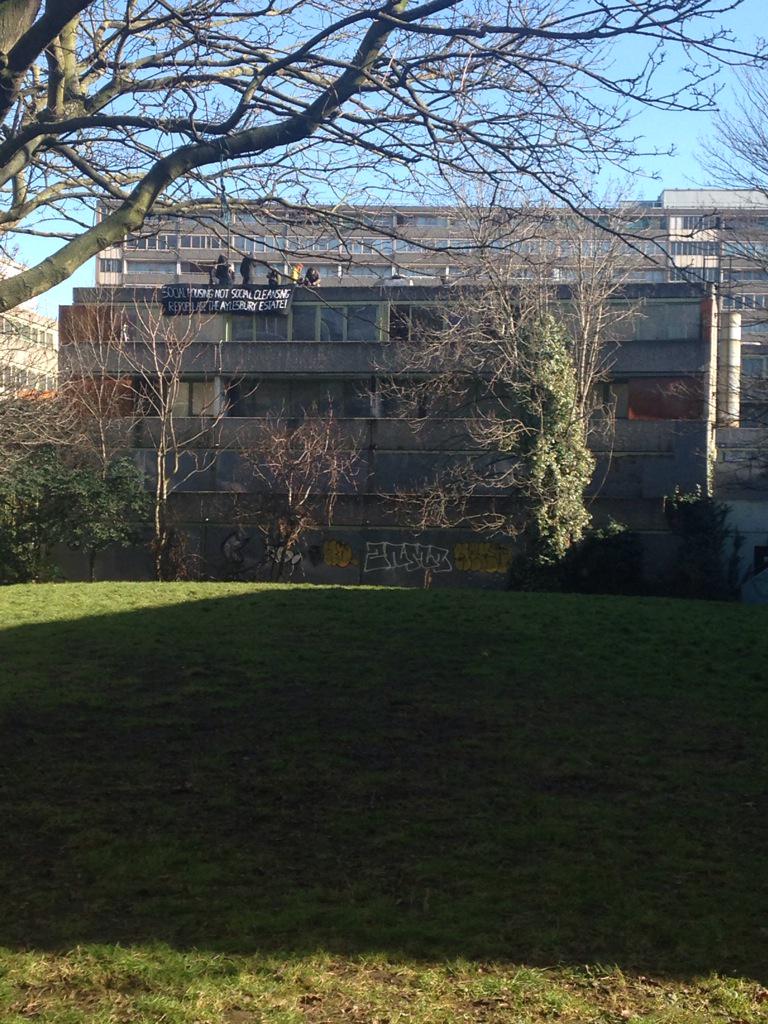